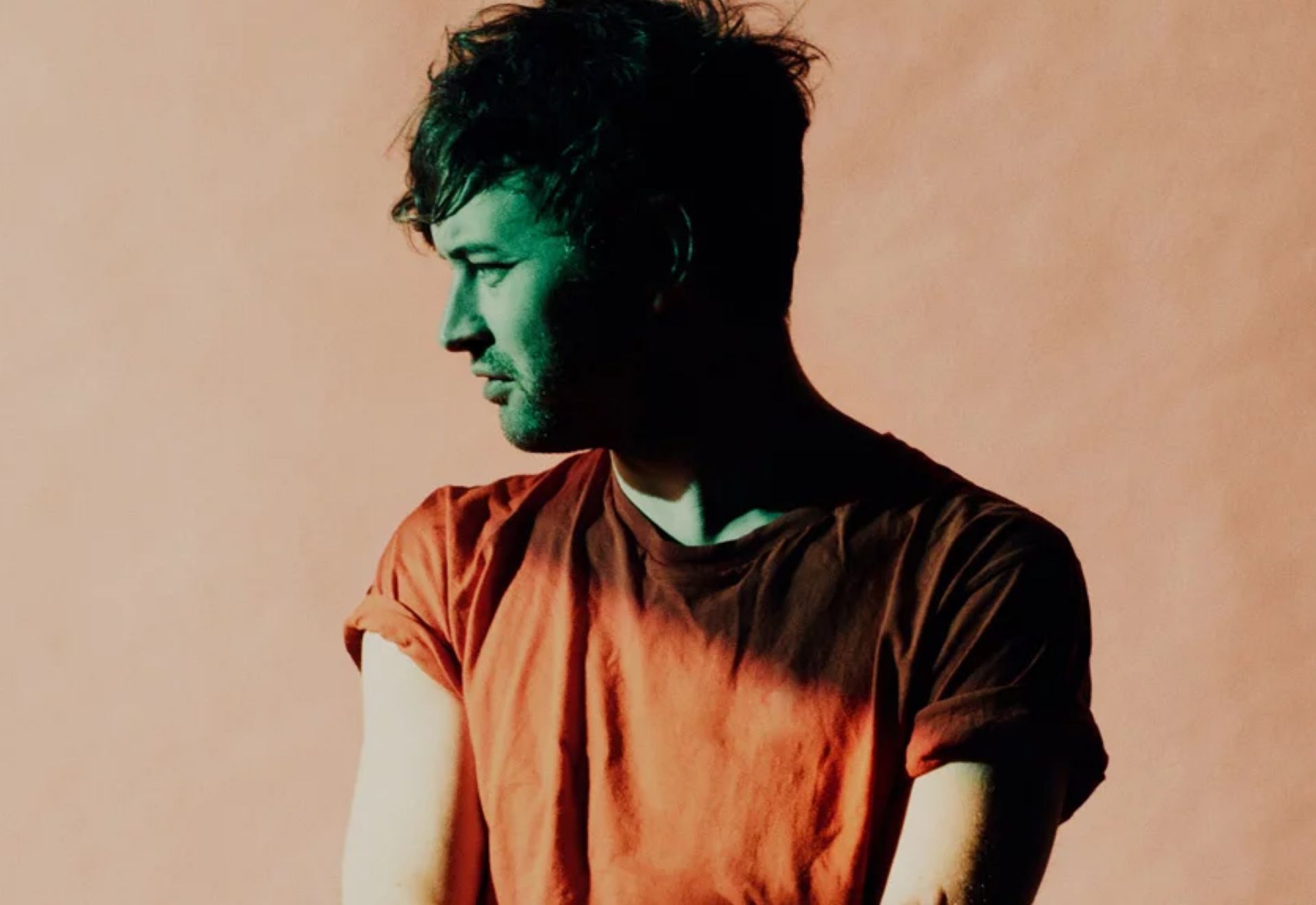 A few days ago Nitsa revealed its calendar for June, a month that combines Dj’s and producer’s proposals of the European scene with national artists who have a long and close relationship with the club.

A music program with the outstanding presence of Lauer, Massimiliano Pagliara, Rex The Dog, Ge-ology or Svreca, which also includes new editions of Club Marabú, Fraternity and Bonus Track and, as a novelty, will also bring us reggaetón with Perreo 69 party.

Keep reading and find out everything the club has organized for you!


ESSENTIALS
Libido, the nomadic party of Pau Roca and Gon, will be the first highlighted event of the month. On Friday the 7th we will receive GE-OLOGY, an artist with remarkable skills and a two-decade career full of success, but always managed with humility. Compiling discs from the age of 5, playing instruments since 9 and turning the plates since 11, in his sets he unites perfectly different genres from around the world, brought up from a careful selection of his unlimited vinyl collection that sets the dance floor on fire every night.

Together with the artist from Baltimore, John Gómez, one of the most exciting new voices in the London music scene (with Spanish roots) will also visit us. The DJ is one of the most visible face of the Dutch labels Rush Hour and Music From Memory and is known internationally thanks to the publication of “Outro Tempo: Electronic And Contemporary Music From Brazil, 1978-1992”, considered one of the best Brazilian music compilations in the recent years. However, his work as a DJ goes much further and John incorporates into his repertoire all kinds of unexplored music.

Referring to Pau Roca and Gon, they will open the night as hosts. After years of engagement with the club, the captains of Bons Records label are a classic symbol of Nitsa Club. In Libido party, they have been committed with the most talented and purist house for 10 years.


On Friday the 14th it will be the turn of the German Phillip Lauer, who has forged a career that has slowly led him to become one of the most recurring names in the electronic music circuit. Lauer stands out for his alliance with Gerd Janson –who offered a B2B with Ata a few weeks ago–, at Tuff City Kids, but also has his own production on labels such as Running Back or Permanent Vacation and has remixed themes for M83, Apparat, Cut Copy or Bawrut.

The Italian Massimiliano Pagliara has been living in Berlin for years, where he has developed an eclectic career in part thanks to his residence in Panorama Bar (Berghain). Pagliara represents one of the main forces in charge of recombining the techno scene of the city with a passion for disco and electro underground (often forgotten) in its softer and tender side. Arnau Obiols will bring us a very danceable DJ set that gathers sounds of jazz, soul and funk in a disco-house beats.


On June the 15th, Rex The Dog will take control of Nitsa Club with his live. Affiliated with the influential label Colonia Kompakt, the British producer will showcase some of his most effective and versatile analog creations with backgrounds in techno pop from the 80s, acid house and electro breaks. He will be accompanied by a modular synthesizer built by himself, what has already brought him to the best clubs, festivals and parties around the world.

Oma Totem, co-founder of the Barcelona based collective Draft, and DJ Coco, linked to Nitsa since the beginning of the club, will be the residents that fullfill the night at the main hall with a bunch of hits.


Another live will arrive on June the 21th thanks to two names of the most restless electronic music. Since his beginnings in Border Community with classics such as "The Sky Was Pink", Nathan Fake has been providing  some of the best productions for years. Claro Intelecto has distributed his creations between Delsin and Modern Love labels, and his sound combines the most dub side of house and techno with IDM and experimentation.


THE FRESHEST AND MOST EXPERIMENTAL PROPOSALS
The Barcelona label and collective Anomalies will debut in Astin on Friday the 14th with Vril, who promises us one of the best techno lives of the moment. Being part of Giegling label, he is one of the most enigmatic and avant-garde producers of the global scene, a faceless character, considered by many as an unprecedented case in the genre. What we do know is that his music captivated Marcel Dettmann and Marcel Fengler, who wanted their track “UV” to appear in "Berghain 05" compilation.

Together with Vril, we will attend the set of the Italian established in Paris Luigi Tozzi, who has releases in labels such as Outis, Afterlife or Hypnus and is becoming one of the most prestigious techno underground producers of the moment. The local part will be covered by the live sets of La Màquina Corrupta and Kinetic System, together in a b2b with the founder of the labell, Stein.


DJ Fra and Cora Novoa will also take control of the cabin of Astin this month. She is one of the most active and dynamic artists of the electronic scene, who swims between techno and trance. DJ, producer, founder of the platform Seeking The Velvet, collaborator in radio programs, Ableton Official Trainer…there is nothing that the Galician can not do. Her latest projects include the album she published in 2018 and the collaboration with the Catalan producer Clip.


The German label Giegling will land in Sala Apolo to celebrate its first ten years of history with a takeover that includes almost all of its roster. Giegling has occupied a space in the world of electronics that is not only nourished by techno. From instrumental hip-hop to house, experimentation… The range of styles is wide although it always contains that energy that has become the hallmark of the house. The lives of Map.Ache, Leafar Legov and Edward will be accompanied by the sets from Elli, DJ Dustin and one of the founders of the label: Konstantin.


NITSA, ALSO FOR REGGAETON LOVERS
It’s well known that Apolo never sleeps, but let's say you want to park techno for a while for, let’s say, latin rhythms and hip movements...Well, Nitsa Club makes it easy for you. On Saturday the 8th, the electronic club will host the "trambolikeo, perreo, the authentic 90s" of Perreo 69, a popular reggaeton party held for many years in Madrid and Barcelona.

Under the name of Fernandito Kit Kat, Yung Beef will make PXXR GVNG –the pioneers of Spanish trap– come to life again. He will be accompanied by Rojas, La Tiguerita, Moonkey and Dj Wreckless. Let the “swag” take you all along! 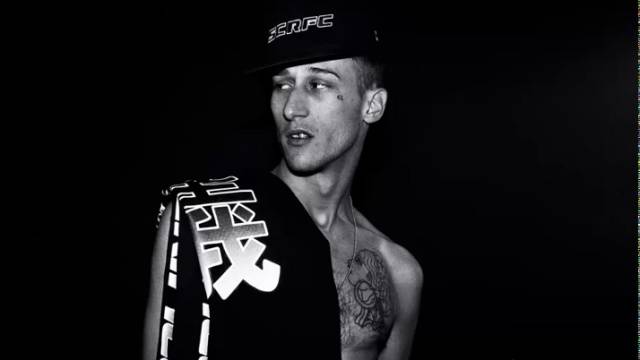 SEMANTICA RECORDS NIGHT
At the same time, Astin will host a party of the Madrid label Semantica headed by Svreca. Enrique Mena is in the front line of  the current electronic music. Not only is the person in charge of the label but also a regular artist in clubs such as Tresor and Berghain, in Berlin, or Labyrinth in Japan and has participated in numerous European festivals.

Svreca will contribute to the event with a fresh and sophisticated sample of electronic music combined with the most abstract techno, a mixture that oscillates between experimental and club music capable of provoking different and opposite reactions in the audience.

We will also receive José Cabrera, aka Kasper or J.C., influenced by the house scene of Detroit, Chicago and New York, and Kinetic System (again), one of the top representatives of the Barcelona collective Draft, which celebrated its second anniversary a few weeks ago.


MARABÚ
As a special event, on Friday the 21th Club Marabú will return with a special live by the Scandinavian musician, dj and producer Yung Sherman. The young artist became known on the Internet platforms in 2012. Now he is considered one of the melodic architects of a subgenre of urban music, the so-called "emotional sound", along with Yung Lean and Yung Gud.

Besides having worked on all Yung Lean's albums, Yung Sherman has produced for Bladee, Thaiboy, Uli K or Ballout, and has also remixed and collaborated with Endgame, Baba Stiltz, Lao and Bearface.

Under the artistic name PLOM, Pau Magrané will also be present at the event with an unpredictable direct full of broken rhythms and strident sounds, but combined with an exquisite taste. For his part, Ashe Kilbourne will bring her industrial and spontaneous hardcore from the United States. Dj Drakis set will complete the schedule of the night.


FRATERNITY
New month and new edition of Fraternity, the party that DJ Fra organizes one Friday a month throughout all the year. Roman Flügel will be the renowned guest artist on this occasion, one of the most established names in European dance music and a heavyweight of German electronic music.

His most remarkable role is the one in the Alter Ego with Jörn Elling-Wuttke, one of the German electro-techno-trance projects that have been best placed in the United Kingdom. When will you can see him? On June the 28th, in Astin.


BONUS TRACK: WE SAY GOODBYE TO BRUNCH-IN THE CITY… AND WELCOME BRUNCH-IN THE PARK!
This month, Nitsa Club and Brunch-In Barcelona are organizing two new editions of Bonus Track, the official after party that is held after the Brunch events and which is nourished by their guest artists along with club residents.

On Sunday the 16th of June we will say goodbye to Brunch In The City 2019 season with a surprise session after the Dekmantel celebration. Oriana will be the resident in charge of opening the session, and she will be accompanied by Motor City Drum Ensemble, Call Super & Midland, Dekmantel Soundsystem, Palmbomen, Roza Terenzi or Peaking Lights: the line up will be a mystery until a few hours before the after party starts.

From the 30th of June La (2) of Apolo will also become the venue of the official after parties held during Brunch-In The Park season. This year the cycle will start with 3 techno stars that attract a broad mass of public wherever they go: Marco Carola, Paco Osuna and Marco Faraone. One of them will co-headline the set in Astin with the resident Nico. 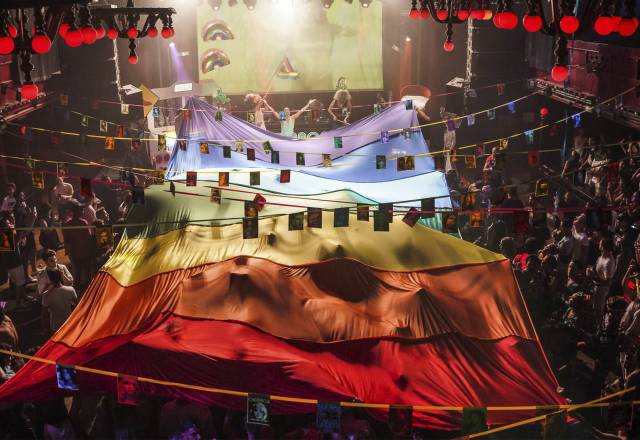 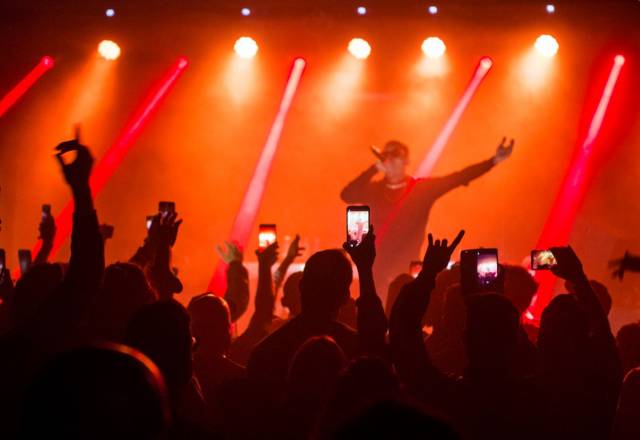 The wildest club in Sala Apolo welcomes summer season with a warm-up party of Rototom Festival, Panda Dub, new editions of New Level and Dub Hits The Town! in addition to other special showcases