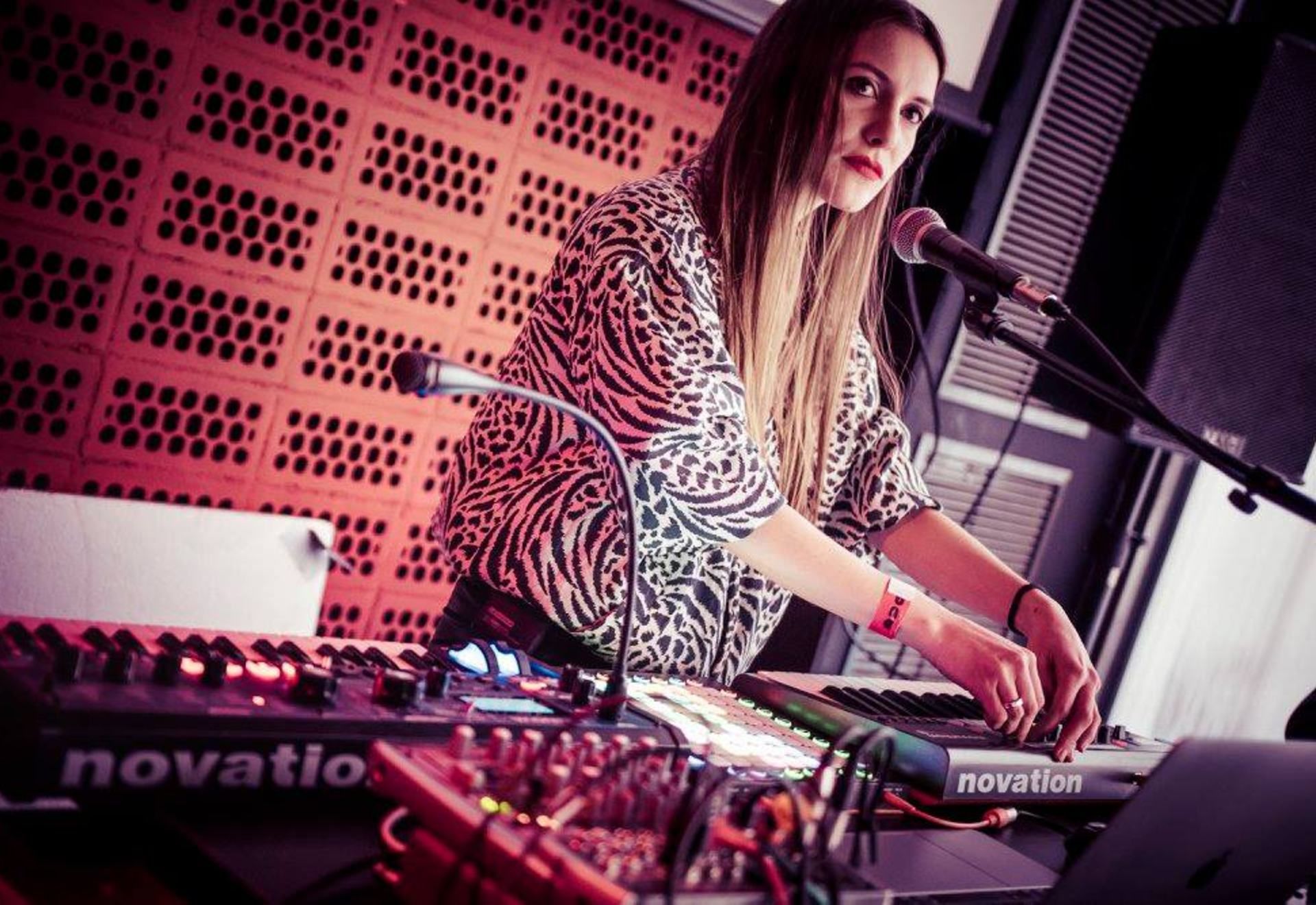 Apolo presents: Escena Barcelona 2019. 2nd edition of this festival dedicated to the local scene, a day of music by bands, DJs and producers established in Barcelona.

Garage and punk go hand in hand in this project with Surf & Fat duet composed by guitarist Barbara Eisele and drumer Maria Morell, with a muscular sound and lyrics that at first may sound intransigent, but that hides a lot of humor.

Meconio is another project of two with guitar and drums, which are often pigeonholed into the Riot Grrrl movement for putting them somewhere. They have an uncomfortable position because their lyrics, like good feminism, are also anti-capitalist and against other systemic evils.

Sin Bragas has members of Leonors SS, Islam and Sistema de Entretenimiento. It seems that there are many but in reality there are only two, the same as always, looking for any excuse to start a different project: Anna Banana foreman of Sick Sad Studio and the illustrator -and manga-fiction character- Skip'o'Neil, doing some noise between punk and, why not, disco music, not that of the 80s!

With only one year of live and a demo recorded in their rehearsal place, with the help of producer Victor Saldaña, this Barcelona trio has managed to capture the chiaroscuro of pop, a genre so delicate that it sometimes cuts.

Sergi Egea has always been part of the hidden surface of Barcelona's cultural net, but at last he dared to set foot on stage with Polseguera and now has a project of the same name of healing and spiritual pop.

The singer-songwriter Marta Delmont has a close relationship with the artist Joana Serrat, with whom she shares the same passion for American sound and also the record label, Great Canyon Records, which always reveals novice projects that nevertheless sound like consolidated classics.

Who or what is hiding behind Pretty Pretty 2000 is a mystery that only a few have managed to solve. Those who want to continue investigating have no choice but to go and see her/him when she/he comes on stage and succumb to that rhythms born of the current city.

The real underground trap comes from the Marina neighborhood where Sosa Monfrère grew up inspired by neighboring artists -from another country- such as PNL. He has set up his own crew and label, Audi Records, where artists and producers like Burberry Boy, Big Xexu and Rich Prada grow up.

Spacer doesn't travel through space, but over the years, in her sets you can hear influences that span more than three decades -from the sixties to the eighties- that she mixes with a lot of flavor and without any kind of prejudice.

Under the nickname of Malv, Maria mixes r&b, soul and trap with references of British pop. In 2017 she presented her first EP "Powder", produced by HBOSS and like all her songs, recorded in a home studio. The Barcelonian artist often connects her music with graphic expression, introducing elements of architectural brutalism in her music videos.