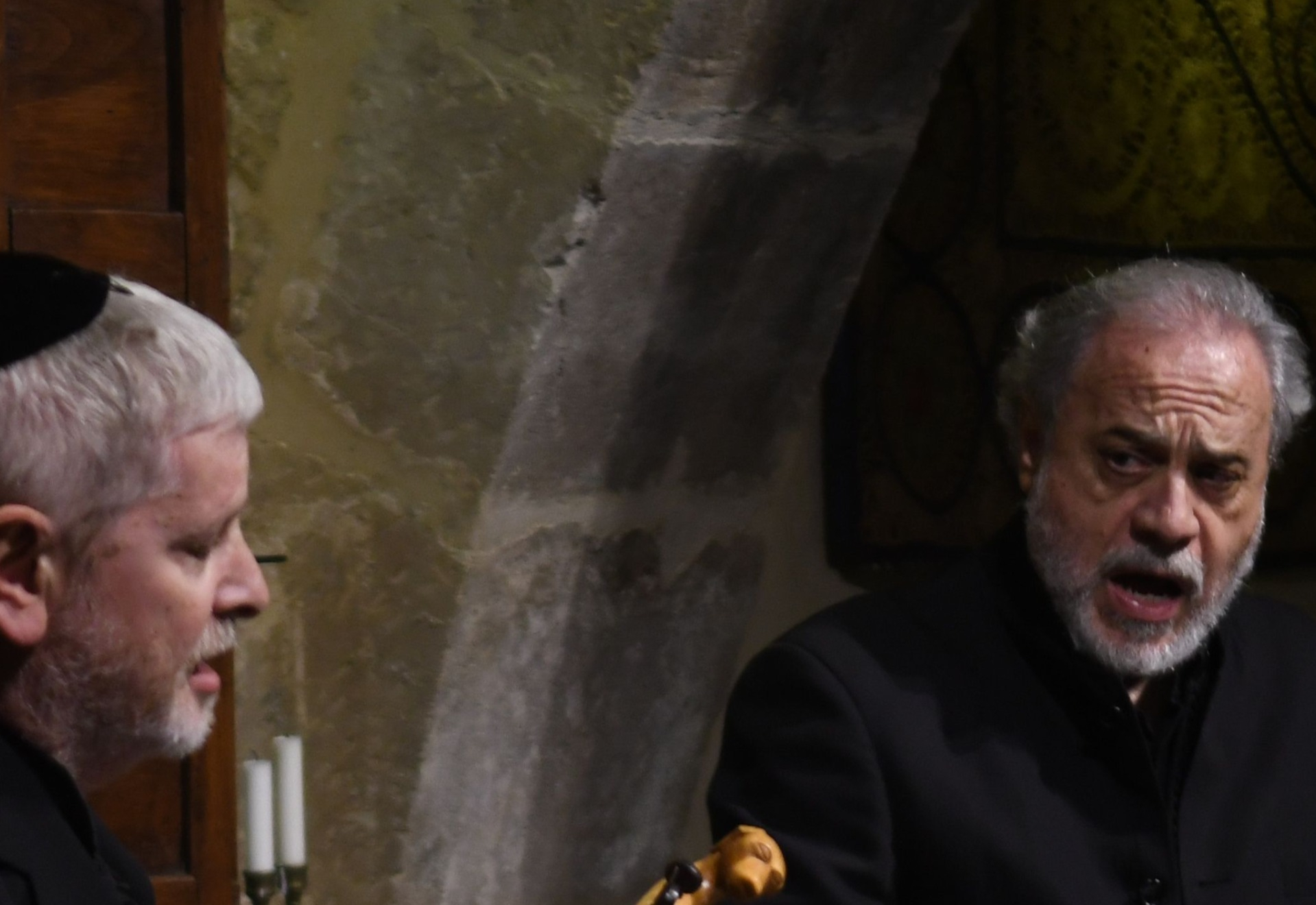 Eduardo Paniagua, accompanied by Pedro Berruezo and Wafir S. Gibril, presents music by troubadours from the three spiritual traditions of Al Andalus. Al-Andalus’ reminiscences,  Sephardic pieces, Alfonso X El Sabio’s canticles... A minimalist but a great show full of emotions that takes us back to the Middle Age with songs and melodies of troubadour motives that don’t forget the great poets of Sufism, whose poems are pure love . All the mastery and prestige of the great Paniagua, S. Gibril and Berruezo in the same stage on January the 24th at La (2) of Apolo.

Eduardo Paniagua is the 2009 Classical Music Interpreter Prize of the Spanish Academy of Music. Born in Madrid in 1952, he is an architect and specialist in the music of medieval Spain. Founding member of the Atrium Musicae and Cálamus groups, he is specialized in Arabic-Andalusian music. In 1994 he created the groups Música Antigua and Ibn Bâya, in order to perform the songs of Alfonso X and Andalusian music. Moreover, he founded Pneuma, a record laber with a catalog of 150 CDs today. 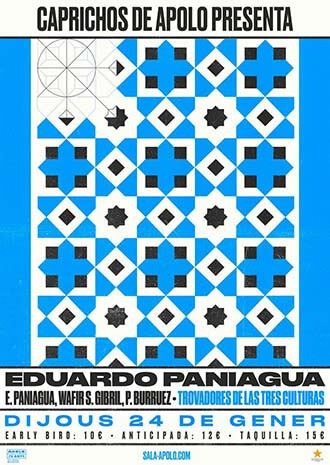 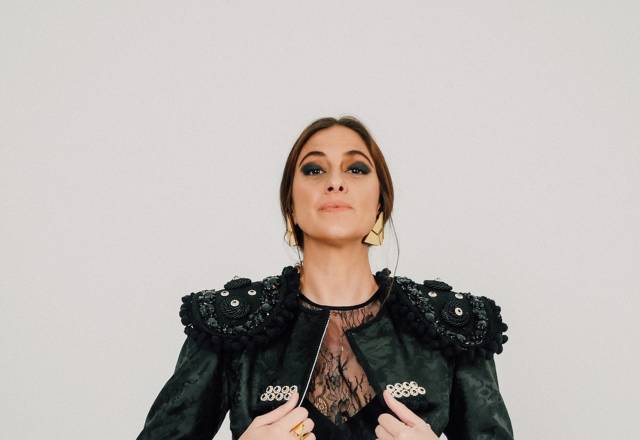 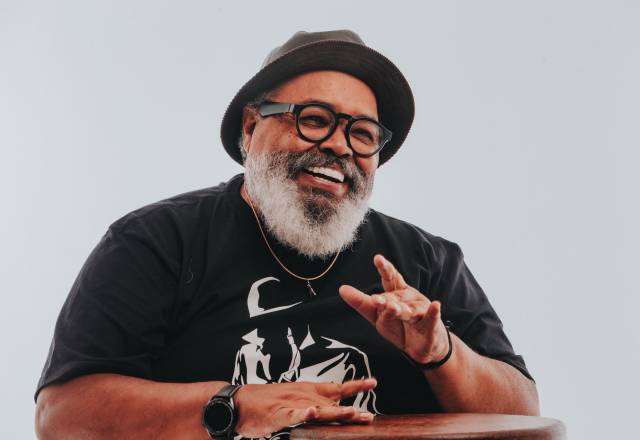