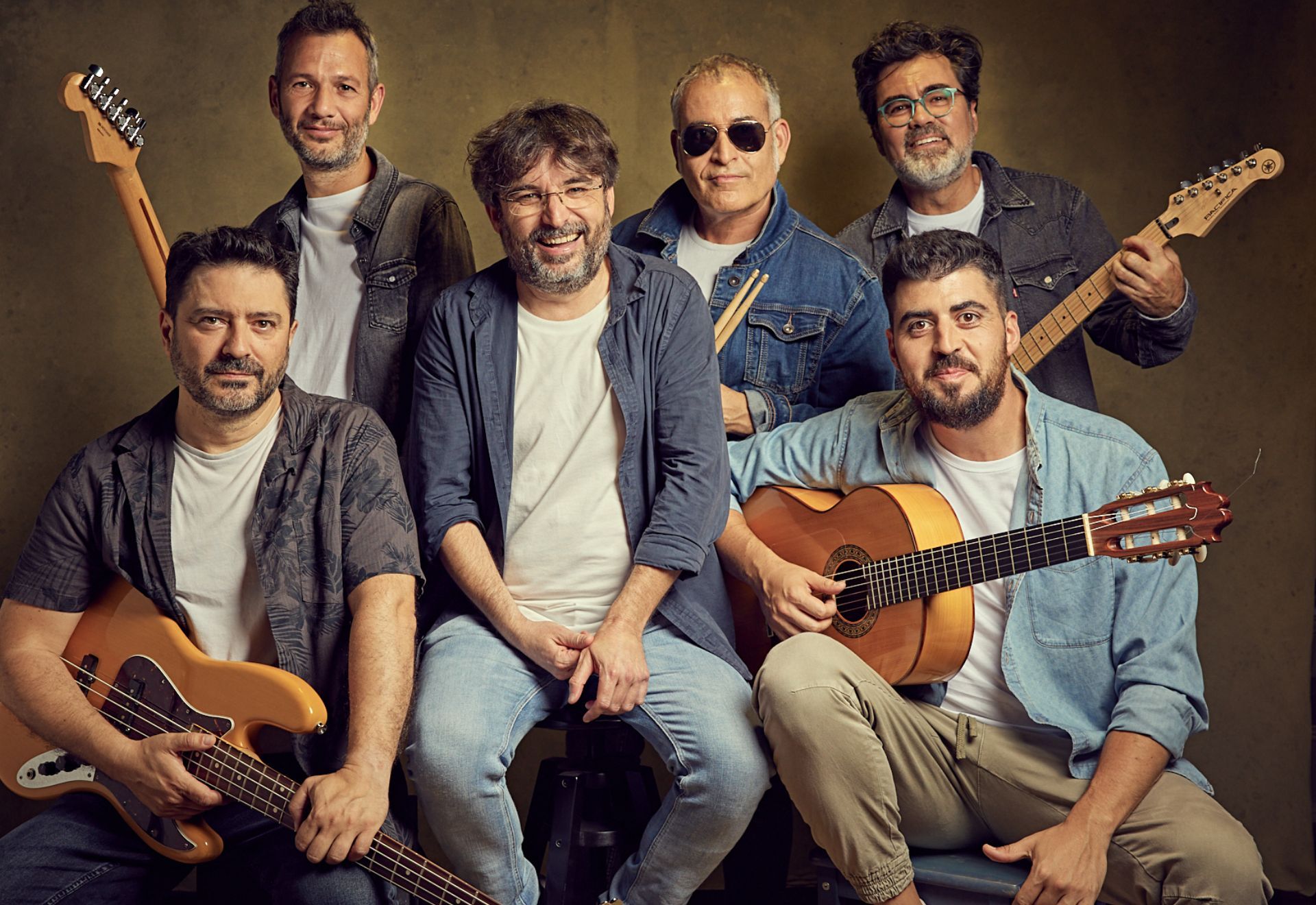 One day, Jordi Évole asked his friend Pau Donés what it was like to have a band and get up on stage to sing to an audience. And Pau replied, smiling, the same way someone answers when becoming a father for the first time: that it was something inexplicable, and that you had to live it and feel it to understand it.

So Jordi, curious by profession, decided one fine day that he wanted to understand it. He called Jesús, Jacob, Óscar, Javi and Juan Carlos, and proposed to them to form a band.

From there came Los Niños Jesús, whose repertoire revisits classics from yesterday, today and always, from our festivals and, of course, from our local festivities.

Neither C. Tangana, nor El Último de la Fila, nor Lori Meyers, nor Kiko Veneno... are exempt from it. And, of course, neither are Jarabe de Palo spared from a repertoire that is as if we were watching the incarnation of the second coming of Cachitos de Hierro y Cromo. Without subtitles, of course, but with live applause.