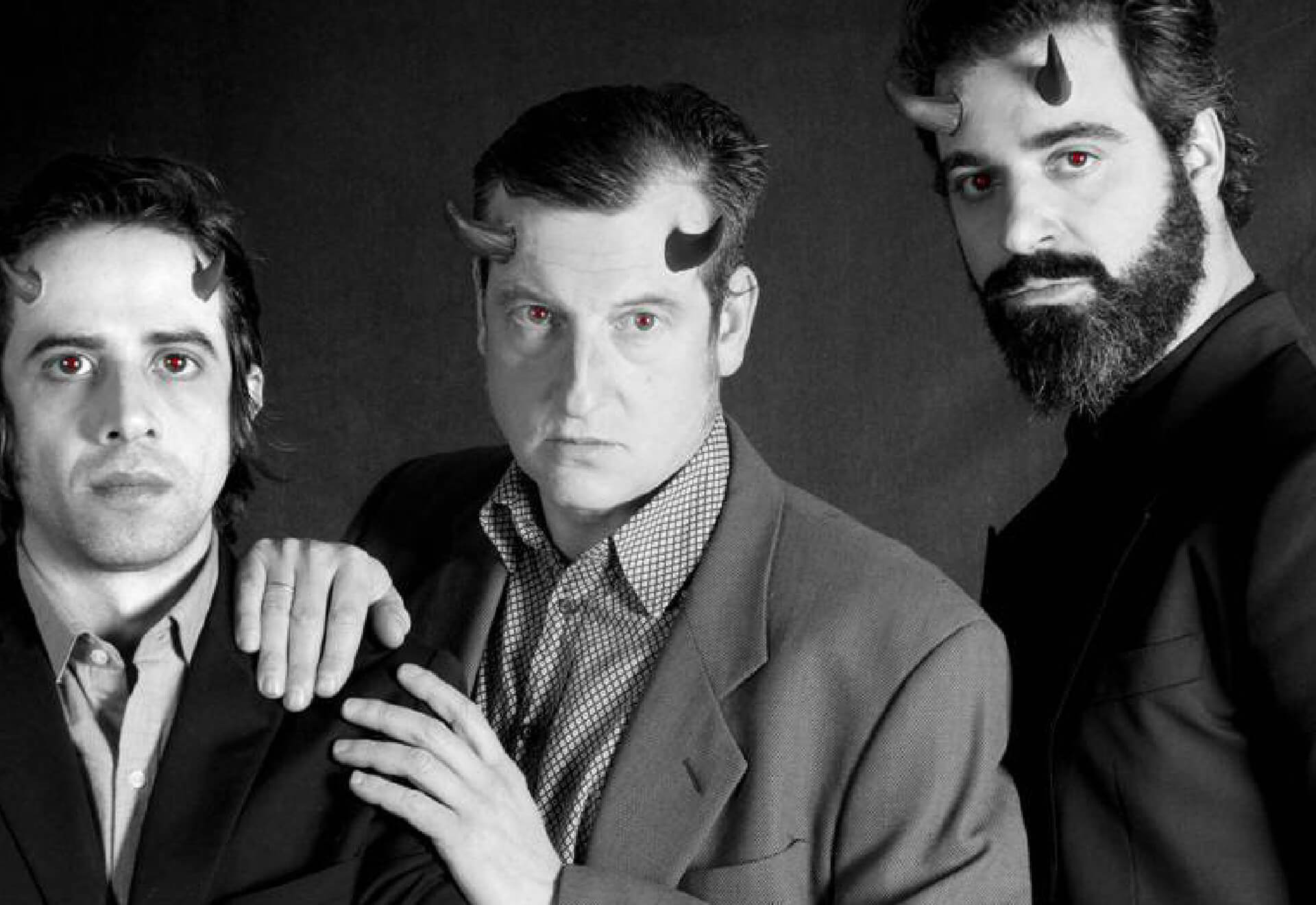 "Guadalupe Plata" (2018) means, in their own words, “a new attempt to go beyond in our crusade for regression and the idea of creating our own personal “gris girs”. to that end, we chose to delve into the sound of the wash tub as the main bass sound, a drum amplified by the minimum number of mics so that it would sound as natural as possible and an electric guitar plugged directly into an amplifier, no intermediaries that would disturb the peace in the monastery. We dared to add some new instruments to the mix in some songs, such as a bottle of anise, a beat-up bandurria and some sounds made by old doors, in order to add a liitle bit of flavor of the deep spain”. We should note that all these rustic elements, an old, incense-smell harmony guitar, bottles of anise, an omnipresent bass wash tub or the spectral sounding drums, the strongly clash with the huge plasma screen tv where they plugged the Nintendo Switch during the recording recesses.

Written, recorded and mixed through 3 weeks and a half between April and July of 2018 in La Mina (Sevilla), place that was the practicing and recording place. compared with the previous 4 albums, which just required 3 or 4 recording days, this new album took weeks. the main reason is that the album was written there, on the go, getting carried along in the moment. likewise, the possibility of adding sounds, as the grinding doors, it made the recording longer than expected. I remember, during the third week of recording, calling Mark Kitcatt, chief of Everlasting Records, to tell him that everything was going great but that we needed a couple of extra days. he answered that we seemed to be the fucking My Bloody Valentine. I didn’t quite understand but I laughed nervously. just as well, on the 25th of July I got a text from the producer, Raúl Pérez, saying: “I’ve neutralized the last 10 arrengements Perico wanted to add. we just finished the album”.

The final result is 12 songs where you can find the classic Guadalupe Plata sound but also their immersion into other wastelands such as corraleras, clueca, waltz and secret rhythms. there are also two remarkable homages: one to their patron saint, Screamin' Jay Hawkins ("Oigo Voces"), and the other to and old friend from Úbeda, "Corral", with whom at last they fulfill their promise of dedicating a song with the lyrics he suggested: “Corral, corral, why do you scare girls? Don’t know, don’t know”.

If we were to compare this new record with their previous album (that won a MIN prize to the best rock álbum that we couldn’t pick up), at first sight, we could find a couple of common denominators: again, we recorded it at La Mina studios, even though we warned rraúl that we never record twice in the same studio; we eneded up missing his swimming pool and the Cuban food served at the cantina where the studio is placed. also, we found the connection with Chile, through Sebas Orellana from La Big Rabia leading an immersion into his country’s folklore in “Lo mataron”, adaptation of a traditional song (“El afuerino”), that Roberto Parra made popular.

The cover, made by Paloma Almagro and Pedro De Dios, is an acrylic painting inspired on the mexican votive offerings. In it, the band thanks to the patron saint from Úbeda, their home town, her decisive help to prevent the theft of their instruments by some demons. Expanding this idea, the video accompanying the first single “Corraleras de veneno”, has been made by the Mexican design study Pneuma.

I’d like to finish with the first conversation I had with paco Luis Martos when we just got to La Mina, as typical of Guadalupe Plata as the other elements already detailed. “So, Toni, Why have you come to the studio?”, he asked. “So you wouldn’t ask me why I have not”, I told him. 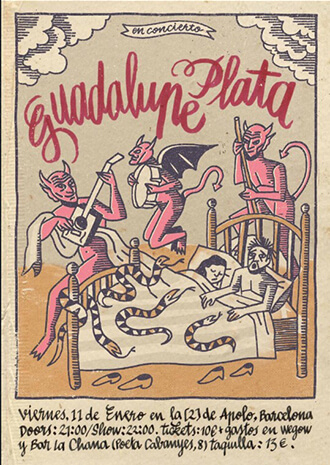